As we close in on Halloween I thought it might be fun to share a local legend (inspired by Living in a Zoo's spooky ...very spooky....story). The story unfolds in Versailles Indiana and involves a man named Silas Shimmerhorn, a confederate soldier and one of Morgan's Raiders who passed through this area in 1863. For whatever reason Shimmerhorn deserted , slipping away from the group, perhaps he decided he objected to the war (who knows...), but he hid out in the woods of Versailles. According to legend Shimmerhorn took shelter in a cave commonly known in my childhood era as the bat cave at Versailles located in the area where the State Park is today. He began raiding local farms for food at night and then hiding out during the daylight hours. Shimmerhorn may have had a problem though as a pack of wolves took up residence in his cave. Shimmerhorn somehow worked out a partnership with the wolves and ran with the pack if you will, hunting with them for his survival. Sounds like Silas had gone a little off the beam about that time and local residents at times would spot the scraggly, bearded man running naked in the night with the wolf pack. As more and more of the farmer's livestock was being killed by the pack (with Silas in the fray) the menfolk decided to hunt down the wolf pack and the wild and naked Silas, now dubbed "The Wolf Man of Versailles." Gradually the wolf pack was killed off, but Silas evaded capture. Eventually the wolf possee found the cave but Silas was nowhere to be seen, only his makeshift bed and his civil war era rifle was found. You say not so spooky? Problem is that occasionally Silas and or the pack are sighted running in the woods at Versailles. I know this because before I ever heard of the legend I was told to be careful in the woods as various riders would come off of the trail talking about some scraggly dirty man streaking buck naked out there in the woods!

I also had my own ghostly experience out on the XYZ trail (also prior to reading the legend in Weird Indiana, by Mark Maimen, James A. Willis, and Troy Taylor. I was training Puddin for her first LD out on the XYZ and natured called. Having taken care of that I led Puddin out of the bushes onto the trail, went to mount up and felt a "boost" of two hands on my behind assisting me into the saddle. I was so startled that I jerked around to see who was there...and the answer is NOBODY. So I took a deep breath and said "well okey dokey then" and rode on down the trail at a very brisk clip that day. So who knows, maybe Silas appreciated a good horse (or a lady's fanny?), but definitely something unexplained offered its assistance out there in the woods. I later also discovered that where this occurred was very close to a hidden civil war era cemetary in the same woods.

Spooky....I'd love to read your haunted happening here or on your own blog. ~E.G.
Posted by All Who Wander at 5:58 AM 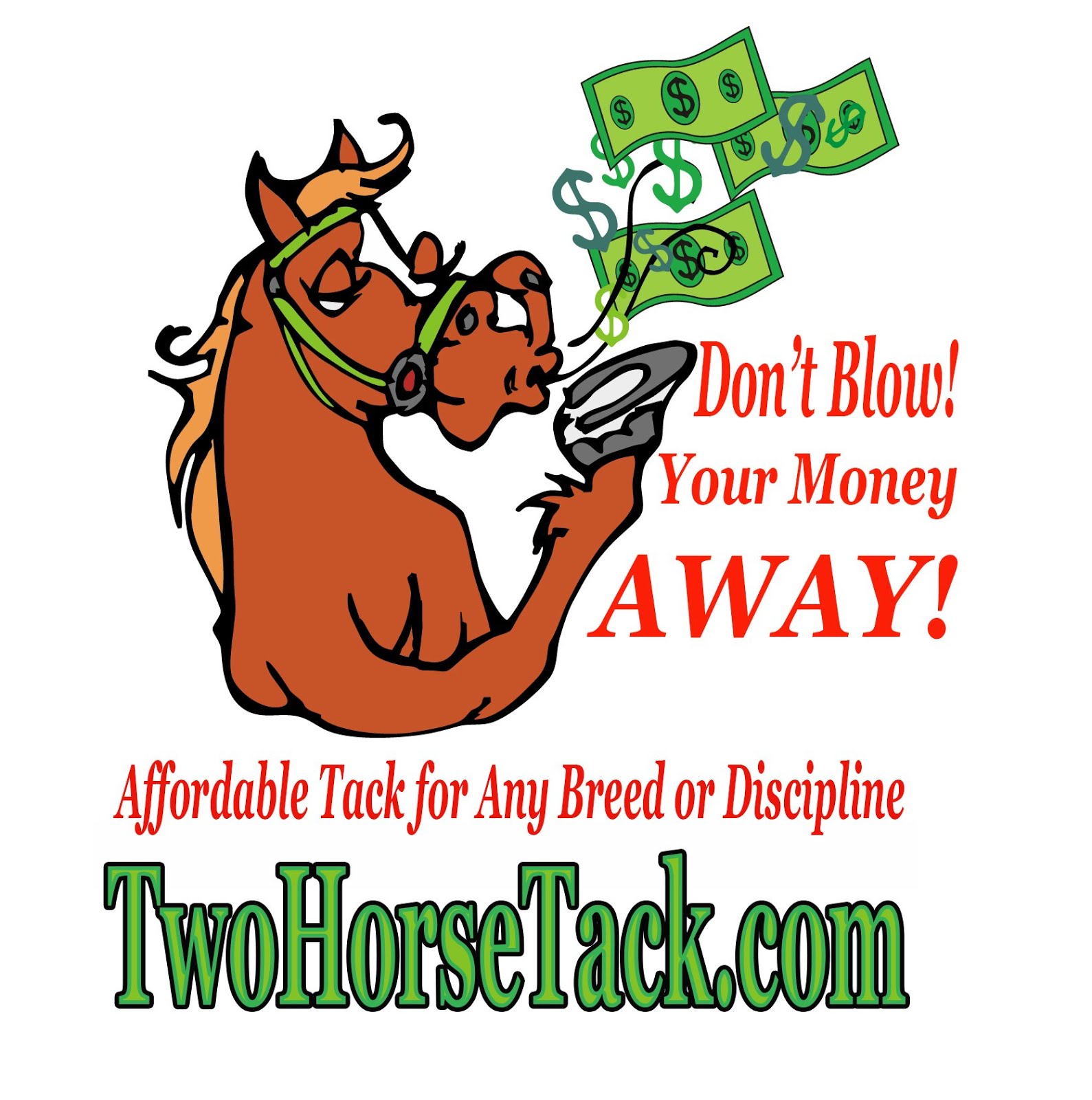 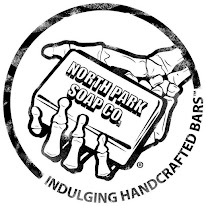 Use code: Endurance Granny when you place your order.

Do you have a product to test, or would like to advertise your product to the approximate 60,000 a year visitors to this site?
Contact me at: jackereynolds@yahoo.com for visable, clickable ads on this blog. More information on the tabs location of this blog.

February: Started some slow trail rides. March-April: Added trotting and started hillwork. May: completed INDY, but had post ride complication from low calcium. Bloodwork followed and cleared to continue riding one week later. Her sodium level was borderline low, need to supplement? June 3, 2016: Top of the Rock, did not start, gut sounds were a C evening before the ride, and degraded to C- the morning of, so I told them I wasn't starting. Once we got home she ate and drank, was fine. It is either the concentrated electrolyte setting her off, or she's stressing over the trailer ride. We have not had this kind of issue before. Will work at ways to correct this. June 6, 2016 Fixed her a bucket with Max E Glo, oz of salt, and a cup of oats, half filled with water. She drained it. June 7, 2016 We start training for a 50 as of today. My goal is to stretch out our trotting sessions and maintaining a 5 mph+ on conditioning rides. We will start short distance, tonight only 3.5 miles at a sustained trot, with a long hill on each lap we walk, jogged. Our speed average was 5.4 mph. Next time we will add about another half mile and try to maintain that speed. (Target goal is ten miles, at pace of 5.4-5.5 mph)using our little 3/4 mile loop for consistency to see if we are improving over time. Then we will move on to the next goal. She spun back this evening and unloaded me. I'm getting too old for this falling off crap. June 10, 2016 No garmin today, I was actually out on a mission to find my lost sponge. It dropped off on a training ride a couple of weeks ago, so we just slipped over to the north side of the creek and attempted to somewhat retrace our route. Plodding along, being eaten by deer flies. Hot and humid today, Journey a little full of herself. Hoping to get my next trotting session in this weekend. Did not find the sponge. It likely fell off in the creek, if so...the creek flooded and it should be floating down the Ohio river about now. Keep an eye out, will ya? June 11, 2016 another session of sustained trotting. One hour, 5.1 mph average. Extremely humid this morning. June 13, 2016 We continue working on sustained trotting. We trot the flats and the uphills, we walk the downs. Tonight we did the south loop which if you go out and come back the same way is 4 1/2 miles. Historically I rarely get her to break over a 4 mph average due to mud and hills. She averaged 5.6 mph tonight and the trip took us about 45 minutes. It is single track trail, with a lot of hills and only a few flats, so for Journey this was a terrific improvement. She will get three days now to "just be a horse" and my hope is a long one this weekend, and every two weeks there after until we can compete again. June 19, short pleasure ride. June 20th back to the 4 1/2 mile loop. We did not make our time goal this afternoon. Journey got headstrong and wanted to gallop for home (unasked) so I had to shut her down, and enforced that she walk home. Extremely hot and humid today, though I was only out less than an hour it was almost too much for me. Journey was blowing still when we got home so she got the cold hose until she cooled off. 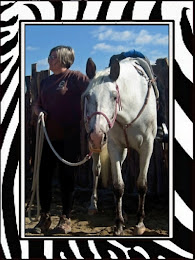 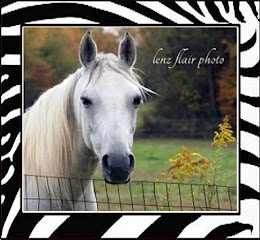 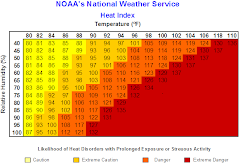 Know when you are in the danger zone

Resting Respiration for a mature horse: 8-15 breaths per minute. In a working horse, breaths should never exceed the pulse rate. A panting horse is working harder than condition warrants, or may be in serious metabolic distress.

Capillary refill is how long it takes the blood supply to return the horse's upper gum tissue. You do this by pressing firmly for two seconds to cause a with blanched spot, remove your finger, and the gum should return to normal color within 2 seconds. A slower refill time may indicate the horse is having problems.

Age: 52
Discipline: Limited Distance but aspiring to Endurance.
Horse: JR Spirit Journey (half arab/half appy), Little Bit of Magic (barn name: Phebes, Peanut, and Whoa Dammit depending on the days excitement). Arabian/Spotted Saddlebred cross.
Gear: Crestridge custom made saddle.
Bridle: purchased from the Distance Depot.
Stirrups: Easyride with cages from Easycare.
Pad: Abetta Arabian Trail & Crestridge J Bar.
Reins: Beta from Moss Rock Endurance & The Distance Depot.
Heart monitor: Polar
GPS: Garmin (their cheapest model).
Helmet: Tipperary Sportage
Hoofboots: Easyboot Gloves and no other!!!
Horse trailer: Corn-pro, steel, gooseneck, 2 horse, no bells, no whistles, but it gets me there.
Region: Midwest
Weight Division: Lightweight or middleweight depending on what I had for supper last night!!!
Gear I couldn't live without: My Ariat people boots.
Motto: Ride far, ride fast, and keep your tail in the air!
The dream: To ride distance until they pry my cold, dead hands from the reins. ~E.G. 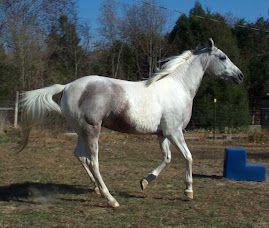 Aidrian (a.k.a. Puddin at first CTR) 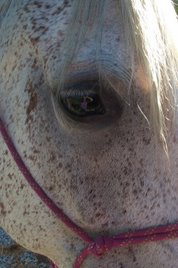